Hi, I'm Christopher, a Computer Games Design Graduate at Staffordshire University (First Class Degree with Honours). I'm a narrative writer with experience writing and contributing to bestselling content and adventures on DMs Guild. I also make boardgames and branching narratives in my spare time, as well as being a homebrewer of alcoholic beverages. I am honing my skills and learning about the developments and design process that link narrative writers and designers, game designers, and the implementation of narrative in game engines.

A collection of articles I have written for Distorted Sound Magazine. Included are reviews, interviews, as well as features in the paid for publication. You can get access to the features and written articles on their Patreon: https://www.patreon.com/DistortedSoundMagazine 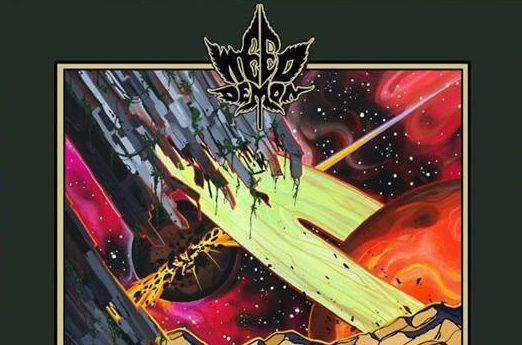 Since their inception, these Ohio born doom-riffing, sludge-flinging, sonic conjurers WEED DEMON have been making waves with their first release, Stoned to Death. Since letting their fans have a sneak peek at Astrological Passages, the title track of their first full length album, fans of doom have had their interests piqued. WEED DEMON have garnered praise for the incredible chunky and slow riffs, laced with some for the most unearthly, guttural vocals in their repertoire. 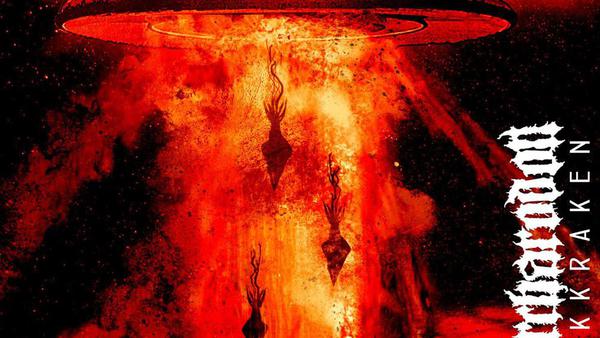 Italian sludge and power doom trio CARCHARODON have been slinging out filthy riffs for over a decade, but now in 2018 they are releasing their third full-length album Bukkraken. As can be expected from a sludge group, dirty and fuzzy riffs, slow and impending sound out in every track, with harsh vocals to accompany. Opening track Bile Dealer immediately sets the tone for Bukkraken, slow and rhythmic when it needs to be, but as fast as a thrashing shark for the rest of the time. 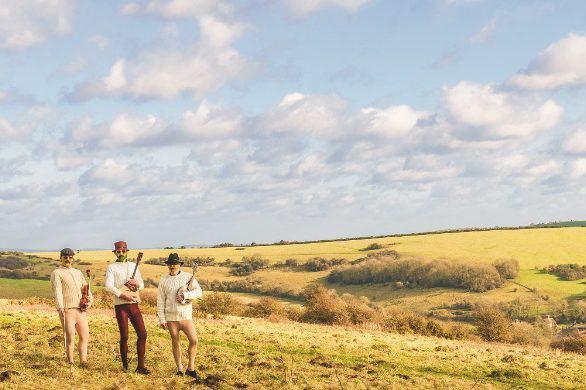 This British psychedelic power trio, CHUBBY THUNDEROUS BAD KUSH MASTERS, presents their new release Come & Chutney, due for release on July 13th, and featuring guest appearances by the likes of Chantal Brown of VODUN and Gary Harking from TEN FOOT WIZARD. Their tongue-in-cheek lyricism and track titles says it all about their sound and attitude. This album is drenched in interesting lyrics and down-tuned sludgy, fuzzy riffs, with a splash of delirium to taste. 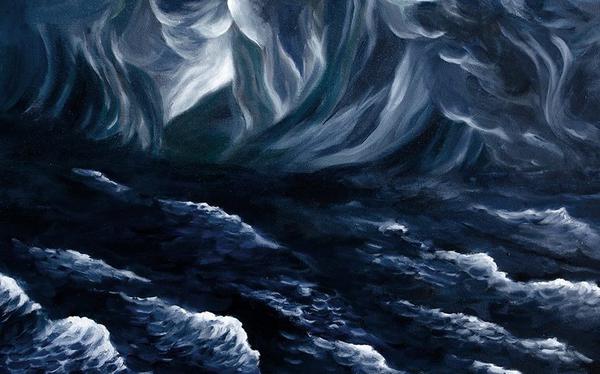 OMMADON are back, with their sixth full length album (and tenth release), End Times. Their devotion to their art is incredible, bringing an album with just two songs in it, lasting a whopping 20 minutes each! Both tracks are ominous and oppressive, relentlessly droning on with a sense of impending doom. For those new to this band it can be quite a trudge to get invested in, with extremely long tracks making a barrier for new blood. 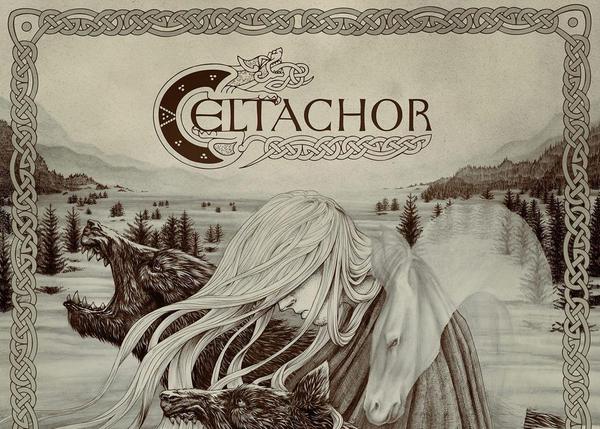 CELTACHOR‘s third full length album, Fiannaíocht, is a concept album based around the younger years of a mythological Irish hero, Finn of the Fianna. There have been changes in the line-up, as well as some new skills acquired by the members, such as the new bassist, Robert Macdomhnail, who also plays the Irish harp. Their aim for the album is to use their passion for music to show the world their view of Irish Mythology. 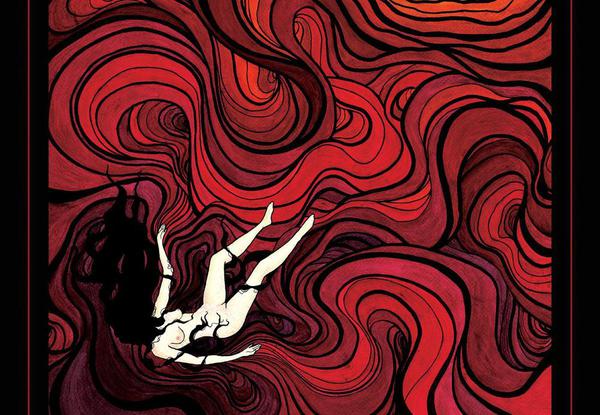 ALBUM REVIEW: Free Me From The Sun - Mist

Returning in 2018, five years after their debut demo, MIST are here again with their new album Free Me Of The Sun. The priestesses of doom, now recognised around the globe with their unique dark harmonies and powerful vocals, are releasing their first full-length album on June 1st. With the combination of their lyrical prowess, touching on themes of nature, spells, and death, you can tell that they are inspired by the occult and deeply rooted in it. 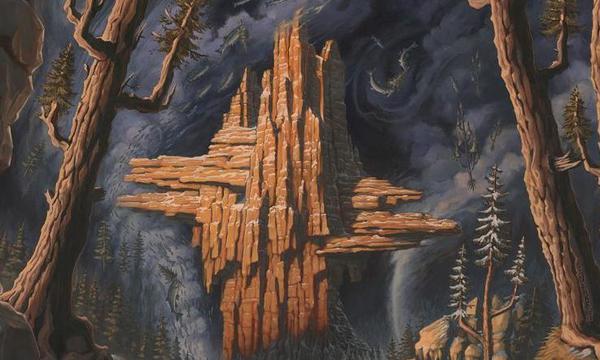 Swedish stoners GREENLEAF, started as a side project in late 1999 by Tommi Holappa, Daniel Lidén and Bengt Bäcke. Since then they have released an impressive seven albums, and are set to release their eighth, Hear The Rivers. Hear The Rivers features ten tracks of many differing styles, from fast and intense, to calm and mellow. 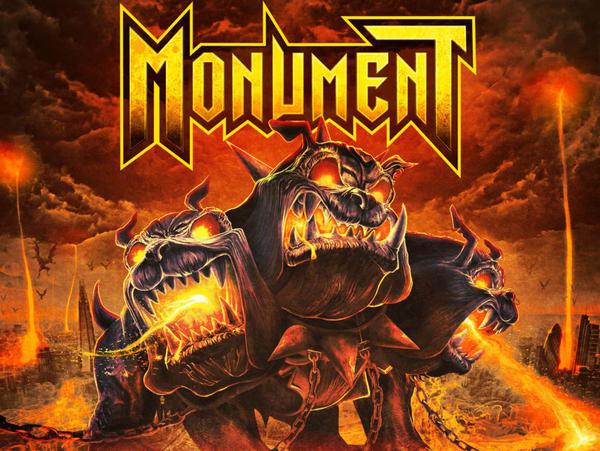 From Renegades to their most recent release, Hellhound, MONUMENT have been triumphant in bringing forth a classical sound, borne during the NWOBHM era of metal. With a strong resurgence of this genre as of late, MONUMENT have taken the mantle of this relighting of the flame. Featuring nine tracks of electrifying guitar melodies, thundering drums and of course, that unmistakable British heavy metal screams, as made famous by the likes of Rob Halford and Bruce Dickinson. 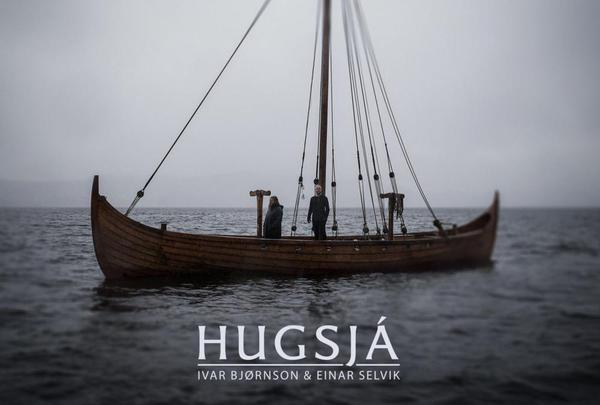 Ivar Bjørnson of ENSLAVED and Einar Selvik from WARDRUNA have paired up once again, after their last successful experimental album A Piece for Mind & Mirror, featuring the beautiful Skuggsjá, to form this poetic and stunning album, Hugsjá. They bring with them their collected experiences and talents, crafting this masterpiece that sends the listener hurtling through time to a much simpler age of ritualistic anthems and chants. 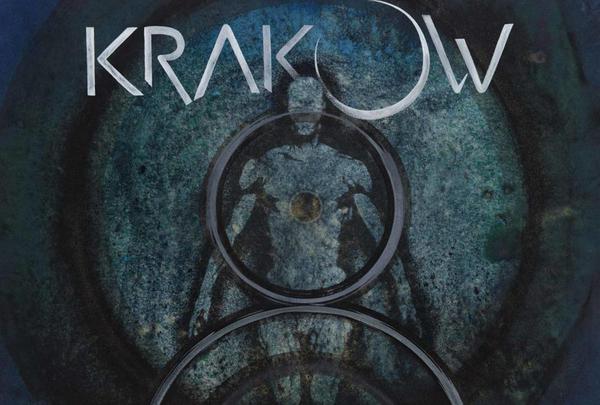 After 13 years of producing music, KRAKOW have returned with an album that is the purest essence of what they are and what their sound is. With the release of their new album, minus, the jump from one track to another is a journey through time and space, visiting vastly different scenarios, yet all interconnected in some way. 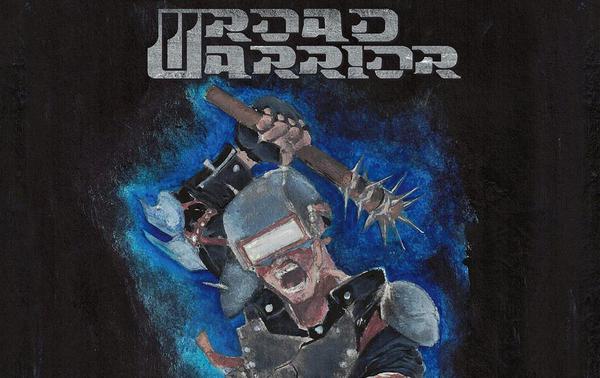 South Australian power metal group, ROAD WARRIOR, inspired by the Mad Max movie of the same name, have pulled together their first full release, Power. After the success of their demo, Ignition, it’s safe to say the fans were hungry for more metal from the Aussie trio. Featuring a whopping eight tracks, Power is out now via Gates of Hell Records. 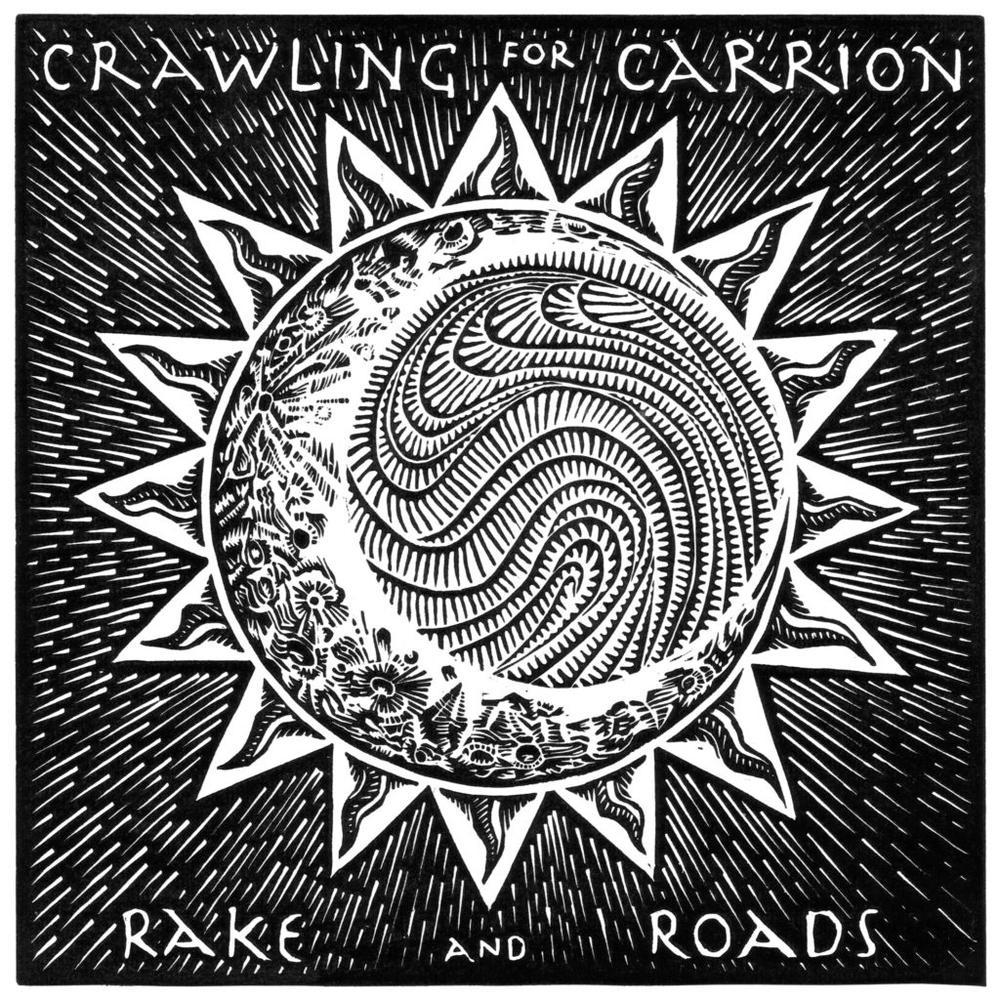 UK based project CRAWLING FOR CARRION are ready to release their two-track debut, Rake And Roads, an EP consisting of covers. Their sludgy adaptations of Rake by TOWNES VAN ZANDT and Roads by PORTISHEAD. These new and interesting twists on very popular tracks shine a light on the inner workings of CRAWLING FOR CARRION and the perspectives they have. 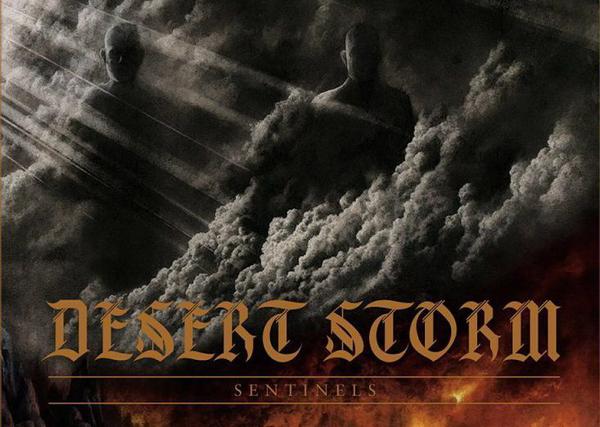 Coming out with their fourth album Sentinels, DESERT STORM have brought their A-game once again, for a cracking and head-bob worthy album. Sentinels is a great follow up from the critically acclaimed Omniscient album release of 2014. Starting off strong with heavy riffage, Journey’s End really sets the tone. The song flows into an instrumental section focused on the guitar and bass, before dipping its toes into the deep basslines halfway through the song. 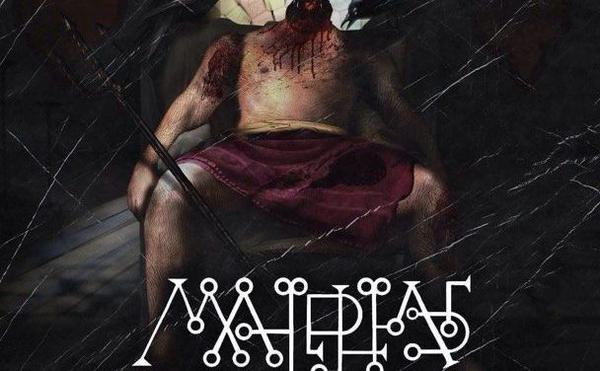 Progressive blackened melodeath outfit MALPHAS, spawned in Philadelphia circa 2012, unleashing a whirlwind of metal unto the masses. Their most recent release, The 39tth Spirit, is a full length follow up to their 2015 debut EP, The Conjuring. This album tells the tale of a man who became corrupted by Malphas, a demon prince of Hell, in his quest to destroy organised religion. He forms a pact with Malphas, sacrificing his soul in order to lead an army against the Church. 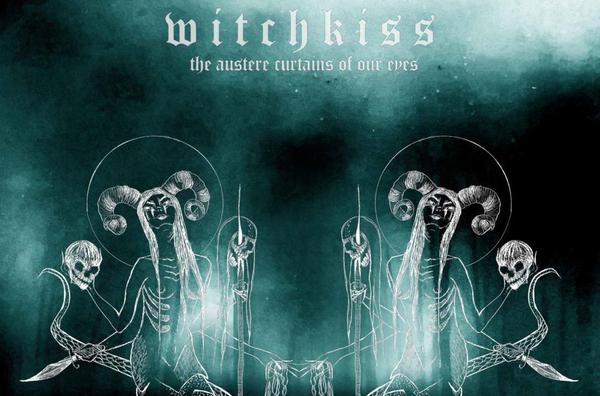 ALBUM REVIEW: The Austere Curtains Of Our Eyes - Witchkiss

This incredibly heavy and articulate doom group hails from the murky waters of the Hudson Valley, dredging some of the grungiest and dirtiest riffs in their repertoire, right to the surface. WITCHKISS are part of this rapidly growing movement coming out of upstate New York. Much like many of their doom counterparts their lyrics are mystical. 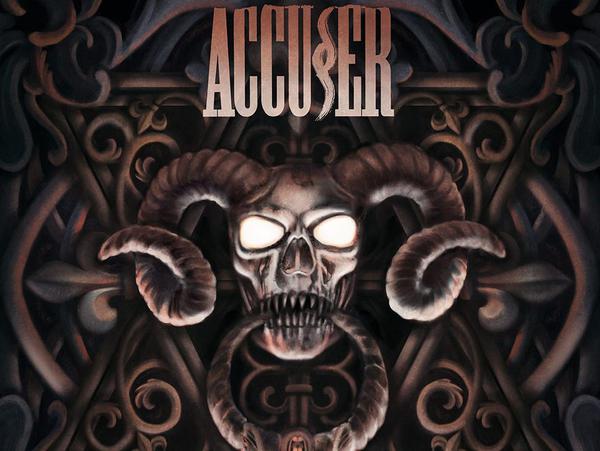 Back for their fourteenth release since their inception, ACCUSER bring forth The Mastery, a mighty and intense album, and a more than worthy follow up to The Forlorn Divide. They have been a mainstay of the international metal scenes from 1986-1996, with their unique sound middling between fellow countrymen such as KREATOR, and the Bay Area thrash metal movement. 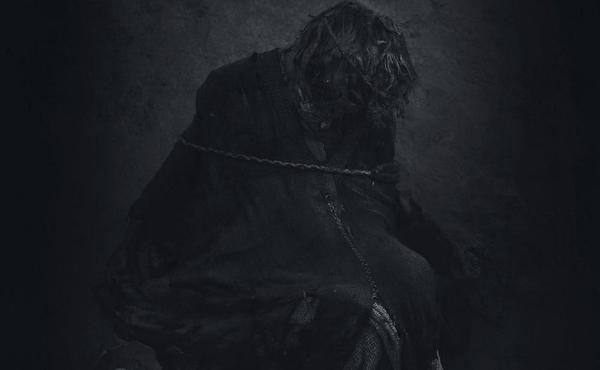 SHALLOW GRAVE has been resurrected, reborn with a new album within their clasp, Threshold Between Worlds. Their self-titled debut was received with welcome arms, described as musically punishing and a real masterclass of extreme metal. Threshold Between Worlds takes those notions a step further, letting loose another torrent of sonic carnage into the world. 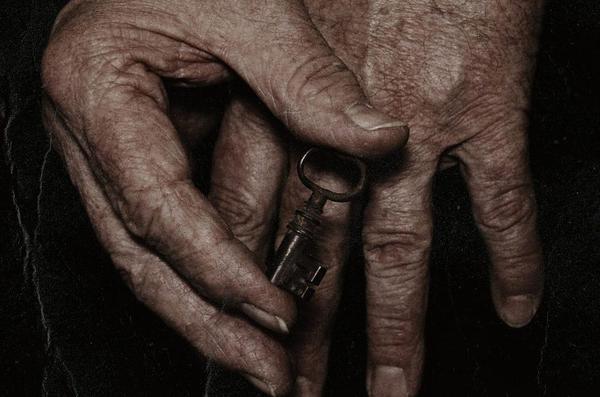 Progressive post-sludge metal outfit ARCHELON, are poised to release their latest album, Tribe of Suns, on May 4th. While they have had many line-up changes over the course of their career, they’ve remained strong, pumping out powerful riffs and mixing in some really enjoyable progression throughout. Starting off the album with Man is an Artifact, ARCHELON show that they have range and aren’t afraid to open with something a little out of the ordinary. 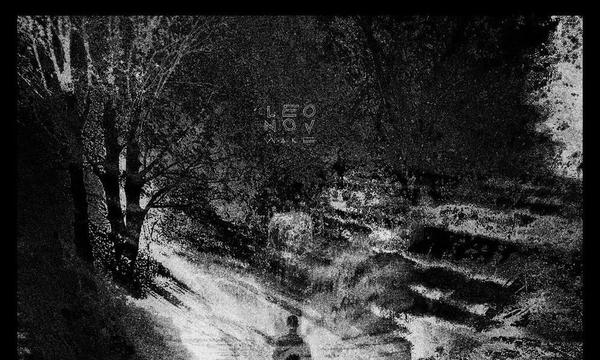 Since their formation in 2010, LEONOV have found inspiration for their celestial doom, in the existential, the darkness, and the hope in things beyond our reach and comprehension. Their entire sound is oppressively heavy and melancholic, submerged under wave after wave of mournful riffs. Wake takes LEONOV’s previous work and sets the bar higher than they had already made it. 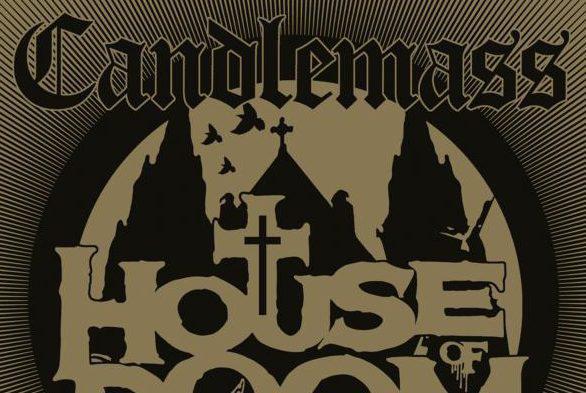 Swedish doom legends, the almighty CANDLEMASS are back with a new EP, House Of Doom. Right from the get go you can tell that CANDLEMASS still have that magic touch, that keeps them at the top, as kings of epic doom metal. The EP comes with three bonus tracks, taking it up to a solid four new and juicy chunks of raw and frenzied of unadulterated metal.
Load More Articles
Close ✕